I have a pill also described as a pill for migraine but I do not know what it is other than that and I want to know more. On one side it has an M on top and 512 on bottom with no score separating the two, on the other side it has nothing and no score on that side either. All I read about that is close has scoring on one side, this has no scoring at all and the inscription just as told above. Does any one with migrains know what this is??? Thank you so much for your time!

There are two white tablets with similar imprints but are two different drugs. 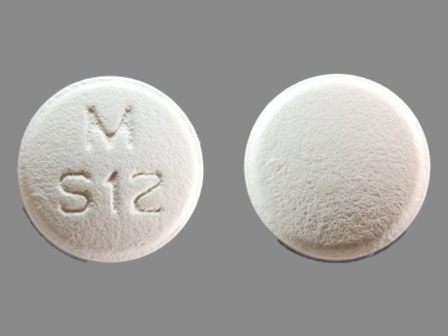 Medication name of small round orange/pinkish pill with NO21 on one side and only a scoring mark on the back to break the pill in half.

Can anyone identify the name of the medication matching this description (small round orange/pinkish pill with NO21 on f...

1 REPLY
round yellow pill with no imprint on either side. i was told its ambien but i think ive been scammed.

anyone who may know anything about this jplease let me know these people took over 200 dollars and sent me some yellow p...

APO 200 ## The pill in description is Carbamazepine (200 mg). To view information about this drug, please click on the l...

I recently found a oblong white pill scored with three lines with a 2 on the middle scoring and blank on the other side ...

I found a pill that's small, round and blue(blur coating it seems) there a capital R on one side and a 30 on the oth...

Looking to find out what this pill is, it's small, white, blank on one side and the other has a line through it with...

oblong white pill with 142 on top ## This tablet contains 500mgs of Metformin, the active ingredient in Glucophage, an o...

small round tablet light orange or light gold in color. one side is printed with an R and the other side printed with th...