i have taken effexof for years and i have never seen any like the one i have now. it is pale yellow round tablet smooth on one side scord on the other with M above scored line and V4 under scored line. has any one seen effexor look like this?

VA has prescribe Venlafine HCL 37.5 MG TAB. It is exactly as you described. Start off with 1 pill 2x a day for 4 days then increase to 2 pills 2x a day.

Yes, except mine are white in color. Markings are identical.

Yes, this tablet contains 75mgs of Venlafaxine, it is manufactured by Mylan Pharmaceuticals. NDC: 00378-4884

Its typical side effects may include nausea, dizziness, headache, weight changes, and mood changes. 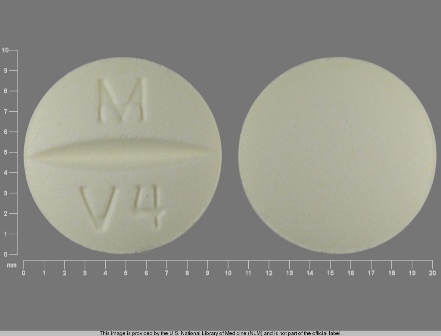 Inactive ingredients may include:

Jackie, how are you doing, now? Are you still having problems?

My daughter has been trying to taper off effexor for 6 months. She has had nausea, vertigo, brain zaps. A couple days ag...

My health insurance recently changed my Effexor ER to Tier 3--making it more than 2 times the monthly cost. Has anyone c...

My boyfriend takes Teva-Venalfaxine 75 mg...I noticed hes very sleepy a lot of the time, and slurring his words...Are th...

I have been on Cymbalta for RSD/CRPS pain and my VA doctor wants me to switch to VENLAFAXINE HCL 75MG 24HR SA CAP. She i...

i am on 75mg of venlafaxine per day. Are there any over the counter diet pills should stay away from? Specifically abide...

I have 2 different pills in one bottle and the contents described on the label is Venlafaxine Hcl Er Tabs 75mg -Sun Phar...

after 4 months of 37.5 venlafaxine 2 times daily i stopped taking them 4 days ago and have bad symptons.should i start a...

My husband has been prescribed Urbanol 10mg at 7am and 2pm; also Venlafaxine Unicorn XR 75 (for depression), but he says...