I got my prescription for 2mgs xanax bars filled and they are like a lighter yellowish browinsh kinda color and I've never seen one like this. Can anyone tell me if they ever experienced or came across one of these?

Legitimate 2mg Alprazolam bars with R039 (made by Actavis) are depicted as being light yellow in color, but not necessarily having any brown to it as you had mentioned. It should be clear to tell that they are indeed pure yellow.

For verification, the pill by Actavis carries a National Drug Code of 0228-2039. 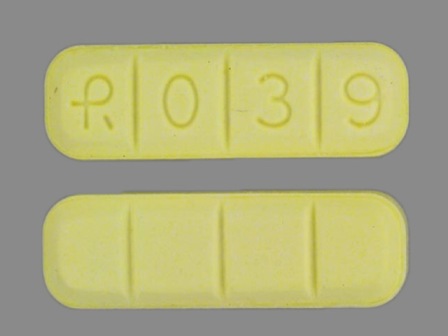 Did you get these filled at a real licensed pharmacy? Not judging you if you didn't, but if that isn't the case it would probably explain why it doesn't match the description of the real pill; just saying...

The alprazolam that are tan are definitely bad; I'd dispose of them immediately.

They do make orange bars. Just bc they are pressed doesn't necessarily mean they're not real. It means they could be trying different fillers in the pill, so in that case it needs to be pressed. If you look at some sites they say the orange bars are 2.5mg which I don't believe and they work fine for me. Might be a lil weaker but they definitely do make orange sticks.

I was trying to avoid anxiety with these yellow xanax bars. I literally feel more anxiety and am now what it is I took? Its been hours after I took them. Should i still be worried? I cant sleep at all.

Noo they dont lol not any legit manufacturer anyway. Im in NC and there are counterfeit orange ish "yellow" bars going around. Don't fall for it. And there is absolutely no 2.5mg cmon

Your pharmacy is buying black market bars. They're pressed. They probably don't work well either huh?

I got these yellow rectangular pills from my sister for anxiety..They say R039 and are supposed to be 2 mg Alprazolam. How can I tell if they are pressed? They are hard to break into pieces and have no chalky residue.

I got some 2 mg yellow xanax bars with the imprint R039 from my latest refill and I'm not sure about them cause the ...

I just want to say I am prescribed Xanax and I just recently came across these white R039 2mg. A lot of people on the we...

Got my prescription filled with some dark yellow bars, almost orange with darker orange spots, had r039. Broke like chal...

It says r038 but the color is more like a peach beige and a lot softer to break. ## Where you from? And are they slime a...

I need to know what a full yellow Xanax bar weighs. I had 30 yellow bars get wet and become one, I been eating by guessi...

I'm prescribed xanax. Mine is like a bright yellow, with the symbol looking like a cancer flag. My friend has one wh...

What strength are they as opposed to the blue 10mg version? Whites being 2mg? ## With any pill, and learn this as it is ...