Ive taken Dexadrine tabs for a couple years. The price is now too much for me too afford. No inssurance. My Dr. gave me Rittalin but it is NOT as effective as Dexadrine. Any suggestions?

If you don't mind me asking, were you using the Dexadrine for ADHD? If so there are actually lots of natural/homeopathic alternatives to medications like Dexadrine and Ritalin. I'll link you to a few pages that offer more information on natural alternatives. :)

I hope this helps!

You will pay much much less with the card.

By the year 2010, Glaxo Smith Kline'a Average Wholesale Price for one bottle of10 mg Dexedrine Spansules, was, $259.46 with National Drug Code being this 00007-3513-59. The 15 mg Dexedrine Spansules brand name, Average Wholesale Price, was $330.82 NDC # 00007-3514-59. This by the way, was the last year Glaxo Smith Kline, a result of a merger after 2001, with Smith Kline
Beecham, in the mid 1980's, and a result of the founder of Dexedrine Spansules, Smith Kline French of Phil, Pa. in the year 1952. Dexedrine sulfate instant release was founded also by SKF in 1937, but was removed voluntarily, from the market place in the first quarter of the year 2009, embossed E-19 SKF in orange hearts. The Dexedrine Spansules, rated a AB, one notch from the top of 17 Orange Book ratings by the USA DEA, and the former Dexedrine Sulfate I/R were rated the rate AA "the final step up" by the FDA's 17 different classifications. Source: REDBOOK 113th edition, and 112th edition, Pharmacy's Fundamental Reference, published by
PDR Inc, and distributed by Thompson Reuters.

Teva, (with their Barr division) marketed a generic version, of Dexedrine Spansules, in a non tapered end, capsule in 5mg 10mg, and 15 mg SR versions, in both2008 2009, and 2010. The AWP increased each year, in 2010, the most popular seller, the 15mg generic dextroamphetamine ER, Average Wholesale Price was $295.58 for one bottle of one hundred capsules. (1/2 brown, and 1/2 clear) tiny
granules inside. Source REDBOOK 114th edition ISBN 978-1-56363-751-3 for year 2010. Unfortunately, REDBOOK, after 114 years of book form, the 2010 version, had 978 pages, was discontinued, well....................upgraded to a Internet subscription format, and the price rose ten fold! in @2010, it sold brand new, for tops $250.00, and in 2011, the price rose, to over $1,250.00 per year. I call that
greed and, also a psychological ploy, to limit distribution of semi confidential data, from consumers, to just professionals in the medical field, often referred to as the "bible for pharmacists in the USA". Just my 2 cents worth, My career was not directly in the medical field, I only had educational degrees (two) in Psychology, B.S., and a Substance Abuse Specialization Certificate, requiring a extra 38 semester credits, of undergraduate courses, to comply with my home state's requirements back in the early 1990's, to, be a Substance Abuse Counselor, but I bailed out, when my state attached a nine month 40 hrs per week internship, in a inpatient hospital setting, for substance abuse patients, with no pay whatsoever. I had two mortgages to pay, and a wife to support. thus, ending my attempts to
work for a salary, many years ago.

I have been given the DX of ADHD primarily inattentive type, for a long, long time. To identify with your frustration, with increasing prices of Dexedrine, I paid with no insurance, on May 21, 2004, for sixty (60) Glaxo Smith Kline Dexedrine Spansules 15 mg, size, cash, for exactly $86.99 and again, on July 11, 2004, for Dexedrine Spansules x 60 for 15mg size, for cash US $86.99. No insurance. (at the national drug chain CVS Pharmacy. (formerly a decade+ earlier, the drug chain Peoples Pharmacy of Virginia). My understanding, (citation needed) is that Amedra Pharmaceutical Corp, who bought out the licensing rights to manufacture, or to "farm out" the manufacturing of Dexedrine Spansules, has increased to slightly over $1,000.00 by the year 2014 for one bottle (retail cash price) for 100 Dexedrine Spansules !!! That is $1.38 per Dexedrine Spansule. I got this information, from a new source, I am not familiar with, called, PharmacyChecker on the internet March 6, 2014.

Ideas? (not tried yet) are Rx discount cards. I have not used any of these cards (yet) but I have them in my possession. My understanding in general, is that they are for cash or credit card purchases, not to be combined with any other coupons or promotions, not to be combined or discounted from Medicare or Medicaid prices, or not to be discounted from private prescription insurance policies, from the consumer. Just my 2 cents worth.

In reference to my wall of text on Dexedrine Spansules April 30, 2015, update, I just proofread my original post, and two years have passed on. My error, was, that even two years ago, Dexedrine Spansules, official book price, was yes, around US $1,000.00 for 100 Dex Spansules 15 mg, and "that is $10.00 per pill" not $1.38 per pill. I still take dextroamphetamine, but I have not seen any brand Dexedrine Spansules, since, GSK, discontinued, the productions (thru licensee's) the last ten years it was produced, it was very high quality, but, yes, it was "farmed out" to a subcontractor pharma firm, Catalent Pharma of Albuquerque NM made many of the
Dexedrine Spansules, I took from around 2000 until 2010, and, Abbott Labs of Chicago Illinois, mfg, for GSK the 5 mg Dexedrine embossed E-19 orange hearts, data from factory pharmacy bottle, and from Physicians Desk Reference, Montvale, New Jersey, years 2002, 2007. Yes, GSK sold out the license patent rights 100 percent, by the end of calendar year 2010, in USA, Canada, UK, and Australia. Each country has a license holder.

Due to the prohibitive cost, and (now) very low demand, for various reasons, such as extremely high price, and, in USA, most insurance formularies, have excluded brand name Dexedrine Spansules, the rights are still in USA with a pharma firm called Amedra, inc, but, I have never seen one Dexedrine Spansule, anywhere in a USA pharmacy shelve, or, with, any ADDA members who attend national conventions of Adults with ADD, who tell me they can get their hands on this new "patent holder" of Dexedrine Spansules, who are USA citizens. The best i have come up with is a internet search for a photograph and a coupon, for a discount off of the outrageous price increases that began about the last 3 years if was mass produced by GSK licensee's, 2008, 2009, 2010 in the exclusive tapered end capsule. The Dexedrine tab 5 mg, was as I have already printed discontinued, from production by GSK's agreement with Abbott Labs of Chicago in the Spring of 2009. It is gone in the USA it looks like forever, the 5 mg tabs made from 1937 until 2009. I also blame the Obama Care reform act, that gave insurance firms and pharma firms, more leadway, to, in my language, to manipulate the prices of the drug. The DEA has a hand in the production limits of all C-II controlled substances, and, the stimulant shortage of 2012, I blame a lot on both the FDA and DEA. I have taken off and on Dexedrine Spansules since the year 1969, and, I do not see, the return, of a reasonable priced exact formulation of the brand name, of Dexedrine, now by Amedra for the USA, to be released anytime in the here and now, or near future.

Even with a big coupon discount, the best prices I have found have been only 50% off of the retail price of $10.00 per pill, (one 15 mg Dexedrine Spansule, and I know of no chain pharmacy that is willing in the USA to special order this, product, because of a perceived low demand due to the high average wholesale price. I am not retired, and even Dexedrine Spansules is not on the Medicare formulary brand name, nor is it on my or my relatives, "big 3" USA private insurance formularies. The last extended release 15 mg dextroamphetamine capsule I had in the past 7 years, was one prescription filled by Malliinckrodt, of St Louis MO, and that was just before the USA stimulant C-II amphetamine crisis, of late 2011, thru most all of the year 2012, and, several prescriptions, I formerly had for the year 2011, for the generic version of Dexedrine Spansule, that was manufactured, by Barr Labs, another 15 mg capsule brown and clear, with the beads, and, I have not seen one of either of those, generic versions of extended release pure dextroamphetamine, since that era personally. I took enough of the controversial Barr Labs, a division of Teva of Sellersville PA 18960, to be reasonably comfortable with the switchover, from Dexedrine Spansule brand 15 mg to the Barr/Teva generic, during the year 2011. I only took Mallinckrodt, for one RX of 30 capsules, and, I did not take it long enough to make a evaluation of their product, (it has been too many years ago).

I currently take, what, my Medicare formulary and my Blue Cross Blue Shield formulary will allow + what I can locate in the city in the SE USA where I live, that, is 60 x 10mg of Dextroamphetamine Sulfate, instant release mfg is Mallinckrodt, of St Louis, Mo (Headquarters) not necessarily manufactured physically there, but, I can live with the quality of this generic version, of the now extinct, former, Richwood and ShireUS "10 mg of DextroStat" a former excellent drug, Orange Book rating AB. I wish all patients with a diagnosis of ADHD combined type, or ADD inattentive type, or Narcolepsy, or, the last resort med, for the stubborn Refractory "Treatment resistant Depression" prescribed by a select few Psychiatrists, on the latter disorder, to have good luck in your search for quality products, as, the heyday of a multitude of stimulants, of reasonable prices, and availability, and high quality are behind us, in the future, as I see if, I saw this happen in 1971, when "diet pills" were severely restricted as a new C-II January of 1972, and, most amphetamines and methamphetamines, were extremely scarce, until the middle 1990's in the USA, and, the boom times of around 1994 until 2011 appear to be over again, for very different reasons, for the most part, and, the remaining C-II stimulants left in the USA marketplace are a disappointment, to myself who has seen many excellent ethical pharmaceutical stimulants come and go (now) away again. There are some choices out there, but, I do not think it will never be as abundant as it was, in the 1960's to 1971, and, again, the mid 1990's, to around 2011, ever again, with the very high former quality, the very reasonable prices, and, the ease of availability of pharmacy stock and very willing Medical Doctors to prescribe those of us who never abused the medication for a quality of life.

Maybe in Canada, the situation may not be as grim as in the USA's 50 states. Dexedrine brand is supposed to be available to citizens of Canada, according to the most recent Martindale, (London UK).

At spectrum labs they used to sell d-ampmine for $50.00 USD for a gram.

The problem is very clear. They changed the color of the bottles. kerr bottles keep the light out. the new orange bottle messed up the drug. IMHO... 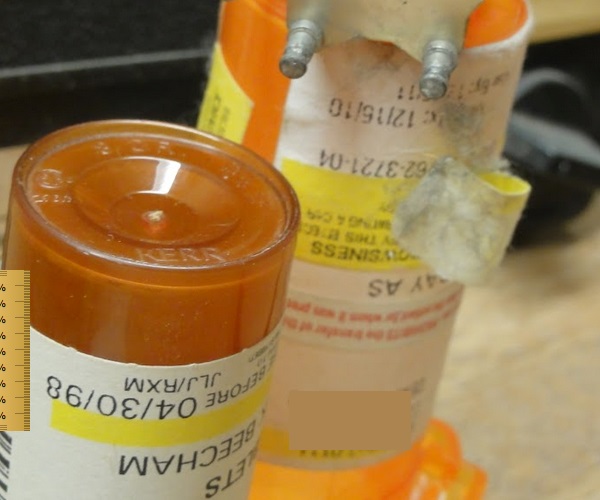 My mother was told that her doctor could no longer prescribe the dextroamphetamine that she has been taking, at minimum ...

I am trying to find a pharmacy in my area that can fill my prescription for Dextroamphetamine 10 mg tabs. All the pharma...

Has Core Pharmaceuticals improved their product since the year 2009? When I last tried the Core 10mg generic version of ...

Hey all, I take Dex IR for ADHD-C in the afternoons and it works great. I need to find an XR medication to take in the A...

MY DOCTOR SUDDENLY PASSED AWAY DUE TO HEART ATTACK IM TRYING TO FIND A DOCTOR WHO WILL PRESCIBE THIS FOR ME.I LIVE IN MU...

What is dextroamphetamine/amphetamine er? I've just started this med. Does it take time for it to build up in your s...